This is almost overwhelming when you think about it... 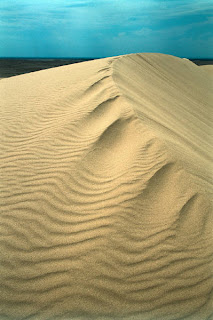 Moses and the people were in the desert ~but what was he going to do with them?

They had to be fed and feeding 2 or 3 million people requires a lot of food.
According to the quartermaster General of the Army, it is reported that Moses would have to have 1,500 tons of food each day.
Do you know ... to bring that much food each day, two freight trains, each at least a mile long would be required!
Remember, they were out in the desert, so they would have to have firewood to cook the food. This would take 4,000 tons of firewood each day.
And just think....they were 40 years in transit!
They would have to have water. If they only had enough to drink and wash a few dishes, it would take 11,000,000 gallons each day.
And then another thing...
They had to get across the Red Sea at night. If they went on a narrow path, double file, the line would be 800 miles long and would require 35 days and nights getting through. So there had to be a space in the Red Sea, 3 miles wide so that they could walk 5000 abreast, to get over in one night!
But then, there is another problem....each time they camped at the end of the day, a campground two-thirds the size of the state of Rhode Island was required, or a total of 750 square miles long...think of it!
Do you think Moses figured all this out before he left Egypt?...I think not!
You see...Moses believed in God and God took care of these things for him.
Now do you think God has any problem taking care of all your needs???
~ Author Unknown ~
Posted by Suzy