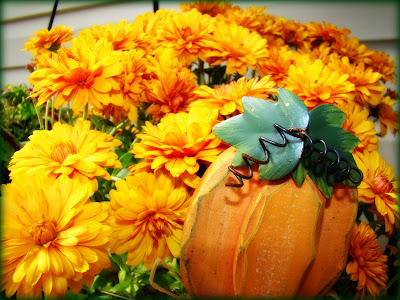 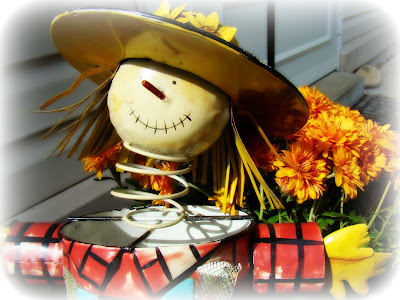 Ingredients:
1 box of Spiced Cake Mix
1 15 oz can of Libby's Pumpkin
1 cup (or more:) of chocolate chips
Directions:
With a mixer, beat together the cake mix and pumpkin.
Add the chocolate chips and bake at 350 degrees for 12 min. 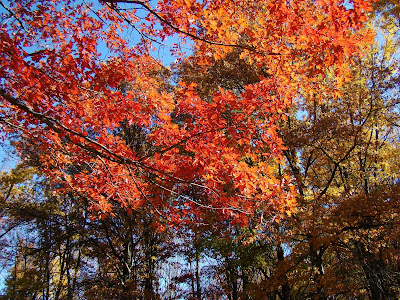 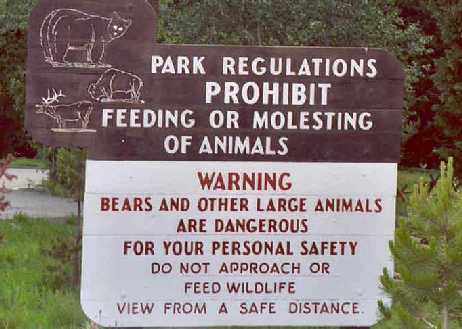 When was the last time you tried to molest a bear???
For more W.W...click here.
Posted by Suzy 2 comments: 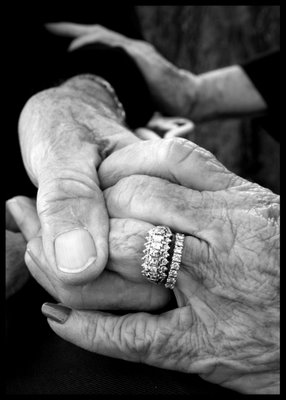 My friend, Joycee, over at  "Granny Mountain " posted this touching story. I hope you feel that enduring love...

It was a busy morning, about 8:30, when an elderly gentleman in his 80's arrived to have stitches removed from his thumb. He said he was in a hurry as he had an appointment at 9:00 am. I took his vital signs and had him take a seat, knowing it would be over an hour before someone would to able to see him. I saw him looking at his watch and decided, since I was not busy with another patient, I would evaluate his wound. On exam, it was well healed, so I talked to one of the doctors, got the needed supplies to remove his sutures and redress his wound. While taking care of his wound, I asked him if he had another doctor's appointment this morning, as he was in such a hurry. The gentleman told me no, that he needed to go to the nursing home to eat breakfast with his wife. I inquired as to her health. He told me that she had been there for a while and that she was a victim of Alzheimer's Disease. As we talked, I asked if she would be upset if he was a bit late. He replied that she no longer knew who he was, that she had not recognized him in five years now. I was surprised, and asked him, “And you still go every morning, even though she doesn't know who you are?” He smiled as he patted my hand and said, “She doesn't know me, but I still know who she is.”
I had to hold back tears as he left, I had goose bumps on my arm, and thought, that is the kind of love I want in my life.

True love is neither physical, nor romantic.
True love is an acceptance of all that is, has been,
will be, and will not be.
Tell someone you love them today.
Posted by Suzy 4 comments:

Email ThisBlogThis!Share to TwitterShare to FacebookShare to Pinterest
Labels: inspiration

5 foods that help you sleep:


Here are five foods that can actually help you drift off:

Cherries
Fresh and dried cherries are one of the only natural food sources of melatonin, the chemical that controls the body's internal clock to regulate sleep.

Bananas
Potassium and magnesium are natural muscle relaxants, and bananas are a good source of both. They also contain the amino acid L-tryptophan, which gets converted to 5-HTP in the brain. The 5-HTP in turn is converted to serotonin (a relaxing neurotransmitter) and melatonin.

Toast
Carbohydrate-rich foods trigger insulin production, which induces sleep. Bring on sleepiness by speeding up the release of tryptophan and serotonin, two brain chemicals that relax you and send you to sleep.

Oatmeal
Like toast, a bowl of oatmeal will trigger insulin production, raising blood sugar naturally and making you feel sleepy. Oats are also rich in melatonin, which many people take as a sleep aid.

Warm milk
Like bananas, milk contains the amino acid L-tryptophan, which turns to 5-HTP and releases relaxing serotonin. It's also high in calcium, which promotes sleep.

Have a good night…( yawn )
Posted by Suzy 3 comments: 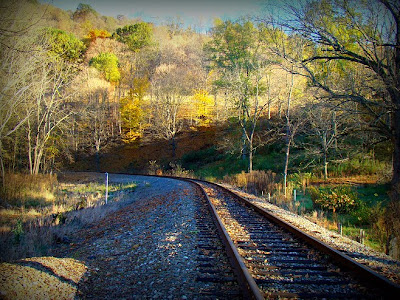 I've learned that you can tell a lot about a person by the way he/she handles four things:
a rainy day, the elderly, lost luggage, and tangled Christmas tree lights.

I've learned that, regardless of your relationship with your parents,
you’ll miss them when they're gone from your life.

I've learned that making a 'living' is not the same thing as making a life.

I've learned that life sometimes gives you a second chance.

I've learned that you shouldn't go through life with a catcher's mitt on both hands. You need to be able to throw something backs sometimes.

I've learned that if you pursue happiness, it will elude you
But, if you focus on your family, your friends, the needs of others, your work and doing the very best you can, happiness will find you.

I've learned that whenever I decide something with an
open heart, I usually make the right decision.

I've learned that even when I have pains, I don't have to be one.

I've learned that every day, you should reach out and touch someone.

People love that human touch -- holding hands, a warm hug,
or just a friendly pat on the back.

I've learned that I still have a lot to learn.

Email ThisBlogThis!Share to TwitterShare to FacebookShare to Pinterest
Labels: words for life's journey 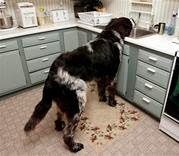 A 3-year-old Landseer Newfoundland in CASSELTON, N.D.,that measures 3 feet tall at the shoulders and 7 feet long from nose to destructive wagging tail, might be the world's tallest living dog. The owner says her 3-year-old Landseer Newfoundland keeps all four paws on the floor when he drinks from the kitchen faucet in her family's eastern North Dakota farm house.
His name is " Boomer" ( I can see why)
He stares into car windows eye to eye with drivers. A 20-pound bag of dry dog food lasts the 180-pound canine a couple of weeks. Owner Carlyn Weber says her furry black and white dog "comes into the house and his tail is so high everything gets knocked around."
Weber plans to send Boomer's measurements to Guinness World Records. The previous record holder was a nearly 4-foot-tall Great Dane that died this summer.
Posted by Suzy 1 comment:

Where is Kayne when you need him??? 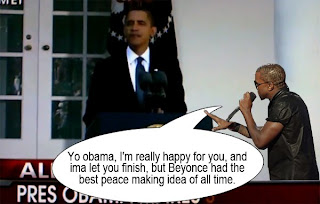 Please tell me what he's done to prove himself worthy in this short time... to be put in the same class as Mother Theresa ??
Posted by Suzy No comments:

A couple years ago, Jack bought me a good digital camera, and he always says that it's the best investment he ever made. He knows that there is nothing I like better than to spend a day taking pictures. He'll take a vacation day to go with me so that I can get a snapshot of this: 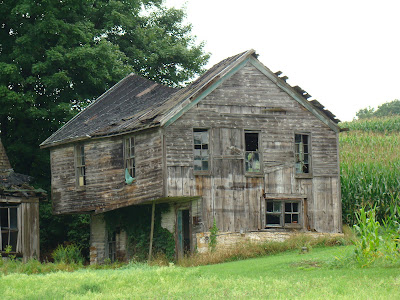 He will travel miles chasing sunsets for me, never complaining, to get this: 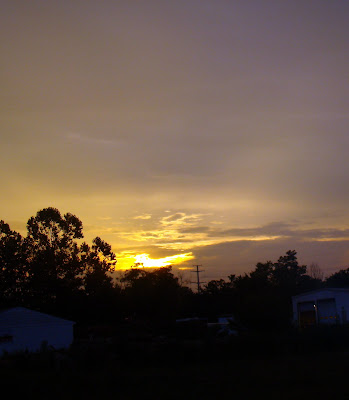 and even backtrack so that I can get that picture I missed... 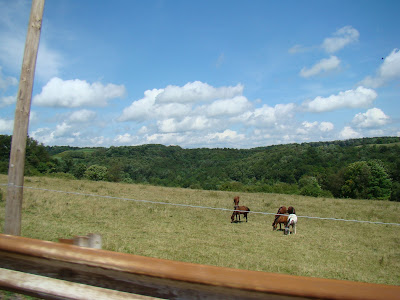 Next week he's taking me to the mountains just so I can take photos of a couple of these: 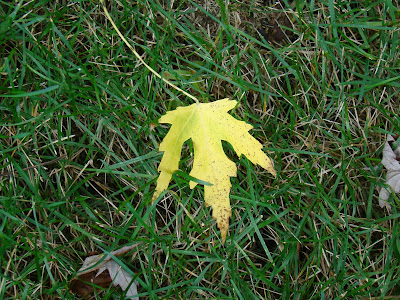 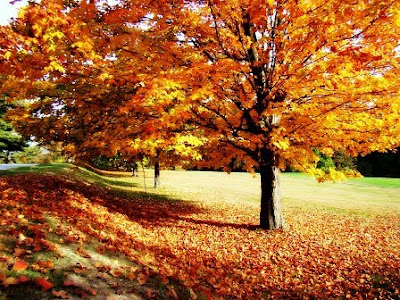 He knows how much I like taking pictures so he does it to make me happy.
I love that about him...and a whole lot more.
Posted by Suzy 4 comments:

Interesting wall graffiti in Maryland...
join us over at W.W. for more pics!
Posted by Suzy 2 comments:

~ THINGS ABOUT FALL THAT MAKE ME SMILE ! ~ 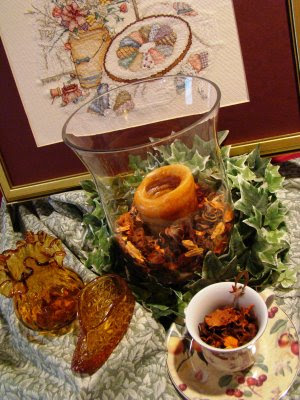 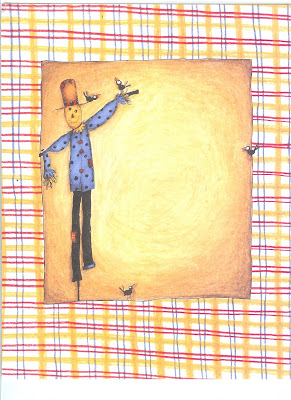