This week's theme for Saturday Photo Hunt is:
" FURRY "

This week I made some pinecone bird feeders.....

Just take a large pinecone and wrap wire or string around the top, 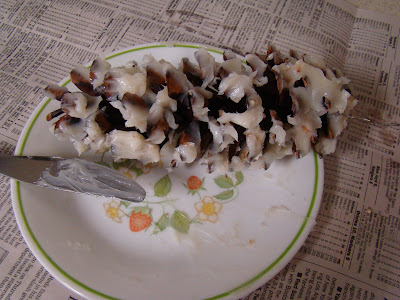 spread bacon grease onto the cone with a butter knife. 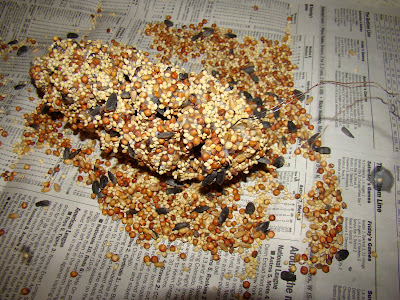 Pour birdseed onto newspaper and roll the cone on the seed.
I also use a spoon to pour it on and pat into the crevices.
You can find different recipes on the internet. My Mom uses bacon grease, peanut butter, oats and corn meal. 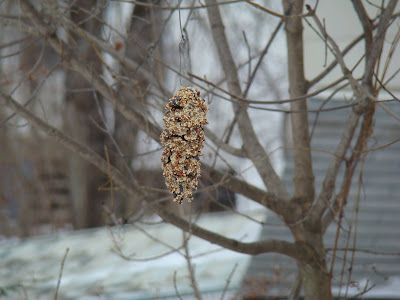 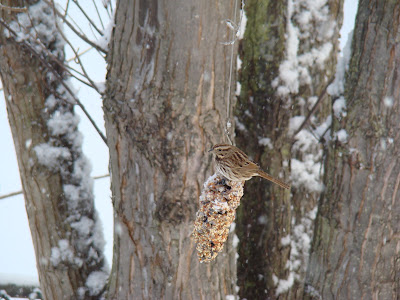 Bingo...I have a taker!
Posted by Suzy 3 comments:

Email ThisBlogThis!Share to TwitterShare to FacebookShare to Pinterest
Labels: hobbies 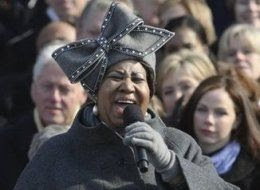 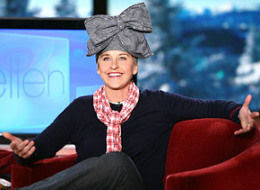 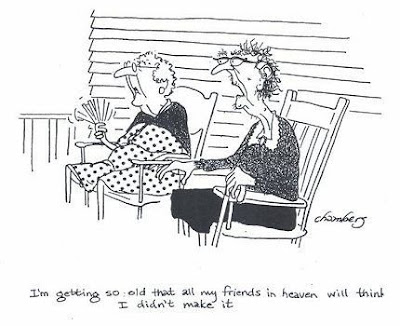 ************************************
The Old Couple at McDonald's
The little old couple walked slowly into McDonald's that cold winter evening. They looked out of place amid the young families and young couples eating there that night. Some of the customers looked admiringly at them.
You could tell what the admirers were thinking: "Look, there is a couple who has been through a lot together, probably for 60 years or more!"
The little old man walked right up to the cash register, placed his order with no hesitation and then paid for their meal. The couple took a table near the back wall and started taking food off of the tray. There was one hamburger, one order of french fries and one drink.
The little old man unwrapped the plain hamburger and carefully cut it in half. He placed one half in front of his wife. Then he carefully counted out the french fries, divided them in two piles and neatly placed one pile in front of his wife. He took a sip of the drink, his wife took a sip and then set the cup down between them.
As the man began to eat his few bites of hamburger, the crowd began to get restless. Again you could tell what they were thinking: "That poor old couple. All they can afford is one meal for the two of them." As the man began to eat his french fries one young man stood and came over to the old couple's table. He politely offered to buy another meal for the old couple to eat. The old man replied that they were just fine. They were used to sharing everything.
Then the crowd noticed that the little old lady hadn't eaten a bite. She just sat there watching her husband eat and occasionally taking turns sipping the drink. Again the young man came over and begged them to let him buy them something to eat. The man again explained that no, they were used to sharing everything together.
As the little old man finished eating and was wiping his face neatly with a napkin, the young man could stand it no longer. Again he came over to their table and offered to buy some food. After being politely refused again, he finally asked a question of the little old lady: "Ma'am, why aren't you eating? You said that you share everything. What is it that you are waiting for?"
She answered, "The teeth." 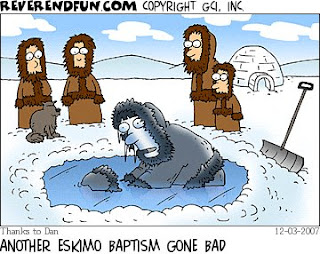 Hope you have a blessed Sunday !....Suzy
Posted by Suzy 1 comment:

Email ThisBlogThis!Share to TwitterShare to FacebookShare to Pinterest
Labels: Humor, inspiration, On the lighter side....

Thanks to everyone that read my post about our furnace problem. The repairman had it fixed  by about 1:00 - Tuesday afternoon.
It was too cold to anything, so I just watch the inaugural festivities all morning !
Posted by Suzy 2 comments: 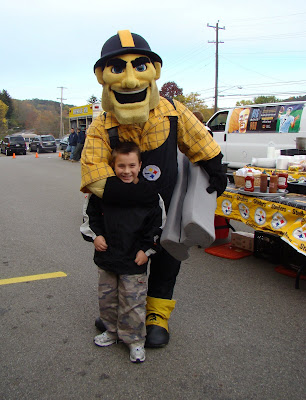 Email ThisBlogThis!Share to TwitterShare to FacebookShare to Pinterest
Labels: Alex 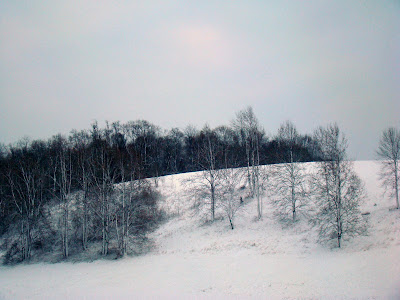 Not just outside...but inside...

It's 11 degrees outside and 52 degrees in our house. For the second time this week, the furnace has stopped working and I'm waiting for the repair man.

So I've got three layers on, a shirt, sweater and a heavy robe. I even put a tousle cap on, because they say that you lose a lot of heat from your body through your head ! 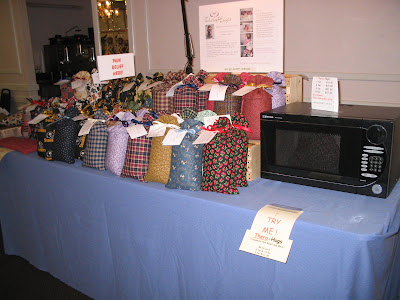 I've heated one of our Thera - hug bags that we make as a home-based business and keep it on my lap.....that makes a big difference. And I topped everything off with a quilted throw.

I'm getting hungry but I'm so bundled up, I don't want to move to go make some breakfast! 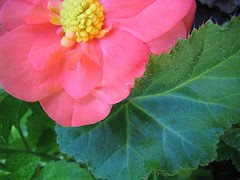 This week's theme is : FLOWER
Check it out here!
Posted by Suzy 2 comments: 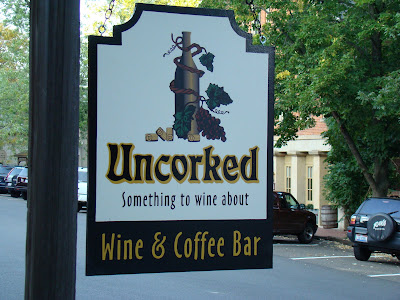 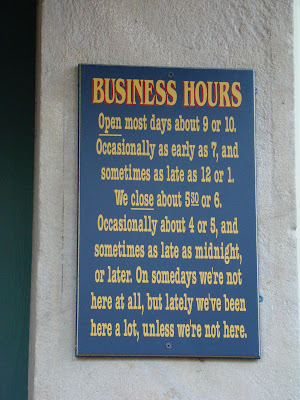 A man and his wife were having some problems at home and were giving each other the silent treatment. The next week, the man realized that he would need his wife to wake him at 5:00 AM for an early morning business flight to Chicago. Not wanting to be the first to break the silence (AND LOSE), he wrote on a piece of paper, "Please wake me at 5:00 AM."
The next morning the man woke up, only to discover it was 9:00 AM and that he had missed his flight. Furious, he was about to go and see why his wife hadn't awoke him when he noticed a piece of paper by the bed.
The paper said, "It is 5:00 AM. Wake up."
*******************************
Salada teabag tags:
" If you're losing an argument with your spouse, try a kiss "

Email ThisBlogThis!Share to TwitterShare to FacebookShare to Pinterest
Labels: Humor, On the lighter side....

Keeping with tradition, here in Western Pennsylvania, I made pork and sauerkraut for dinner on January 1st. Eating sauerkraut on New Years is supposed to bring good luck in the new year. So I went on-line to find a recipe that would be different than the usual...and I found it!...at http://www.hillbillyhousewife.com/
I think this was the best pork roast I have ever eaten. I even sent her an e-mail and told her so!
Here's the recipe:
Sauerkraut Pork Roast
1 pork shoulder roast  - 4 to 6 pounds
2 - 15 ounce cans of sauerkraut
2 onions, sliced
1 tablespoon ground cinnamon (yes, tablespoon)
1 tablespoon caraway seed (optional)
1 cup brown sugar
1 cup apple juice - or 1/2 cup each water and applesauce
You need a crockpot or slow cooker to prepare this recipe.

Place the pork roast in the crockpot or cooker. Add the sauerkraut on top, and then the sliced onions.
Sprinkle the cinnamon and caraway seeds over the top of the onion. Scatter the brown sugar over this, and then pour in the apple juice. Cover and cook on high for 4 hours or low for 7 to 8. Serve with mashed potatoes and steamed carrots.

This is the recipe I'll be using every year from now on.
Suzy
Posted by Suzy 3 comments: