"Love may not make the world go round,
but I must admit that it makes the ride worthwhile."
- Sean Connery 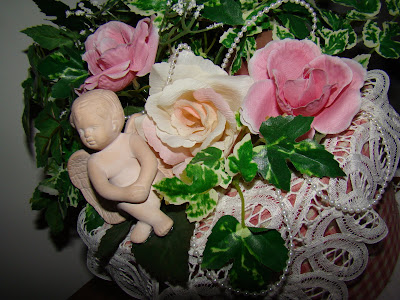 Who was Valentine?
He was a  priest in Rome.
According to legend, Valentine was a priest in Rome in the early years of Christianity. He would marry young couples, including Roman soldiers, to their sweethearts, against the Emperor's wishes. He was ultimately put to death and beheaded on February 14.
Happy Valentine's Day!
Posted by Suzy