All of Pittsburgh is saddened as we mourn the loss of three city police officers that were slain on Saturday. 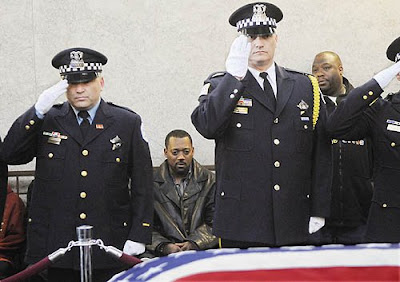 Friends and family of slain officers Paul J. Sciullo II, Eric Kelly and Stephen Mayhle watch as the officers are brought into the City-County Building for a public viewing.

Mourners pass through the City-County building where the three City of Pittsburgh police officers who were killed on Saturday, lay in state. 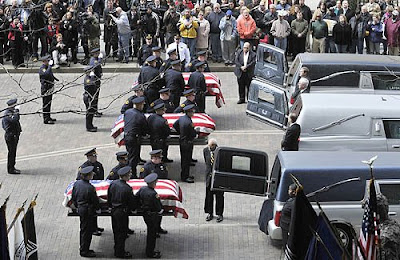