The sun was shining this morning….

And then the wind kicked up and the dark gray clouds started to roll in. I could feel the temperature dropping. They are calling for the first snowflakes of the season tonight! I still had a few garden ornaments and pots to store away for the winter, so I got an early start on that.

All the while I was thinking… “ This is soup weather”!!!
So………
I decided to do some cooking for today and the rest of the week. I had a couple of chicken dishes I wanted to try. They are in a book called “The Low-Carb Bible” that I got for two dollars in the clearance section at the book store! 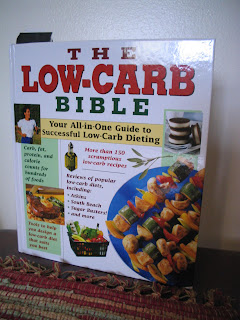 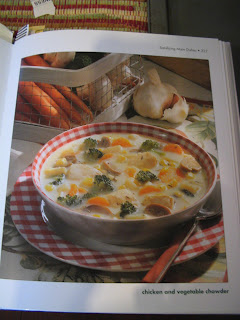 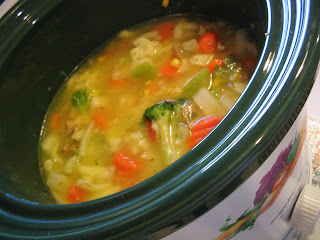 First, I thawed a bag of boneless, skinless chicken breasts. I’ll cook the whole bag at once and use it in several recipes. Sometimes I just brown the breasts in a little olive oil in a large skillet or I melt some butter on a cookie sheet, dust the chicken with some whole wheat flour and bake it ‘til golden brown. 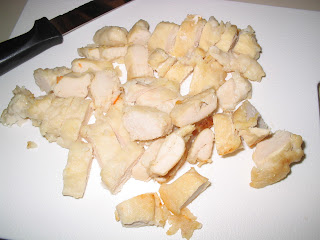 Slow cooker directions:
Combine all ingredients except half and half in slow cooker. Cover and cook on low for 5 hours until vegetables are tender and chicken is no longer pink in center. Next, stir in half and half. Turn to high. Cover and cook 15 more minutes or until heated through.
Variation: If desired, add ½ cup shredded swiss or cheddar cheese to thicken chowder, stirring until melted.
Makes 6 servings~
Calories:389
Carbs:13 grams
Fat: 17 grams